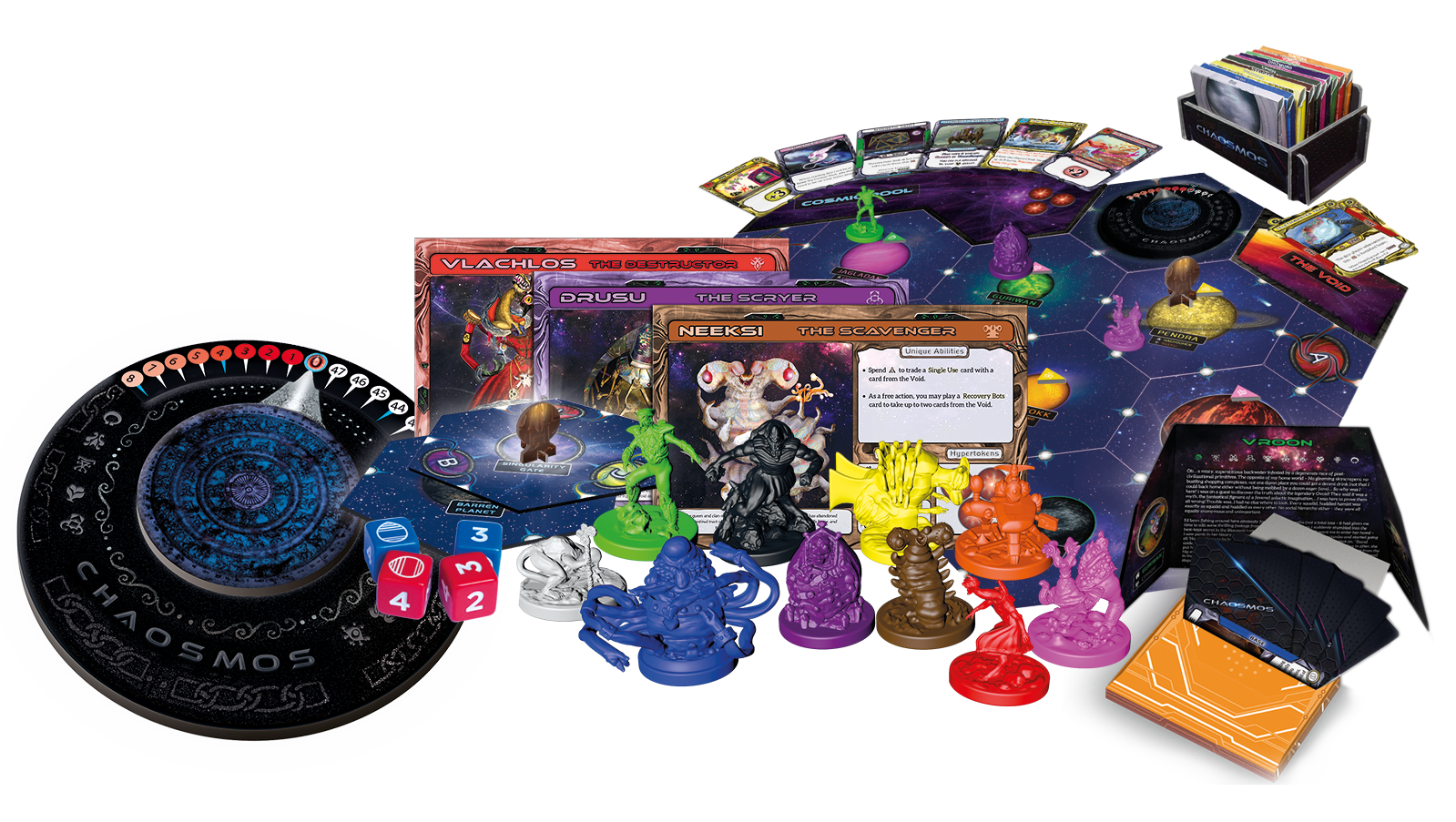 Chaosmos uses an open-world exploration system called “area-caching.” There is no draw deck; all the cards are distributed amongst the players’ hands and planet envelopes. The Chaos Clock counts down clockwise from 48 (36 for a shorter game), and each player’s turn brings the Chaos Clock one step closer to zero.